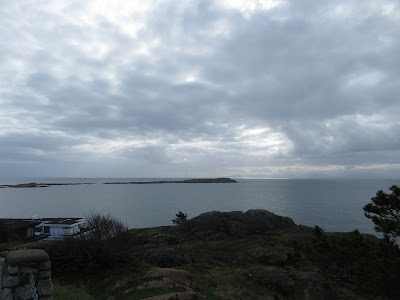 That first sentence told me how startling and violent and shocking the first images of women and children fleeing Ukraine were.  Doing the dishes, even before locking up the house they hoped to return to, was utterly beside the point.  When they were on the road, it was the least of their worries.  What could they actually take?  What could they carry, along with the two-year-old who would sometimes need to be held?  What on earth were the logistics of spending days in your car waiting to cross the Polish border?  How could you have enough food and water?  I remembered a moving photograph by Dorothea Lange, who documented the dirty thirties in the U.S.:  an unending road reaching the vanishing point, open fields with nothing in them but dust, and a young couple pulling two children in a wagon.  It has always stood for me for those moments in history when people must turn their backs on the known world and turn their faces to the unknown, and the unspeakable number of times people have had to do this.

Feeling grateful to be doing the dishes acknowledged how even the most ordinary labours of my life marked me among the fortunate and reminded me of Viktor Frankl's Man's Search for Meaning, which I'd begun to read a week before.  In the concentration camps, he tells of being grateful for the smallest things, like getting a bowl of soup from the bottom of the pot, where there are actually a few vegetables.  Any act of kindness was worthy of gratitude, no matter how small.  And he found he could get positively excited when he was being transferred to another camp, a smaller camp, one that didn't even have a chimney.

If being grateful for doing dishes was "ridiculous," being grateful for playing Bach was the "sublime."  I hoped that their days would have some beauty in them; a smile on an unfamiliar face, the bright purple of a child's hat, the calm grey before dawn arrived.  Frankl tells of being dead tired at the end of a day and having one of his fellow prisoners rush in to call them to beauty:  "Standing outside we saw sinister clouds glowing in the west and the whole sky alive with clouds of ever-changing shapes and colors from steel blue to blood red.  The desolate grey mud huts provided a sharp contrast, while the puddles on the muddy ground reflected the glowing sky.  Then, after minutes of moving silence, one prisoner said to another, 'How beautiful the world could be!'"  That the universe simply drops such revelations of beauty into people's hands in a concentration camp is an affirmation that there is some meaning for which we can hold out a little longer.

Beauty remained life-saving.  He tells of working at dawn in a trench and of having an inner conversation with his wife about whether he would give in to hopelessness.  And just at that moment when he might have decided hopelessness was more powerful than the will to survive, "a light was lit in a distant farmhouse, which stood on the horizon as if painted there, in the midst of the miserable grey of a dawning morning in Bavaria."  There was often music in the camps which highlighted the difference between sublime beauty and the greys of brutality.

Well might Frankl have wondered whether there was freedom in a concentration camp.  Even when he was in a slightly better situation as a doctor in a typhus hospital, the utterly arbitrary rules of the concentration camp--even forgetting the barbed wire for a moment, if one could--shaped his days.  When his field hospital was being "inspected," the inspectors cared more about how the patients' feet were tucked in among the blankets and whether there were any wisps of straw on the floor than whether the patients had the medications they needed.  Being both rule-bound and arbitrary gave the Nazis the psychological edge.  Yet Frankl tells us that there were men who often did something kind, comforted others, gave away a precious piece of bread.  "They may have been few in number, but they offer sufficient proof that everything can be taken from a man but one thing:  the last of the human freedoms--to choose one's attitude in any given set of circumstances, to choose one's own way."

This is what we are so admiring of the Ukrainians now as they are led by a defiant Volodymyr Zelensky.  In their heroic defiance, they are maintaining their freedom--and ours. While the Russians, like the Nazis, have a tactical advantage, one they exploit by announcing cease-fires around humanitarian routes--and then shelling them--the Ukrainians refuse to be dehumanized or cowed. They have already inspired North Americans and Europeans by their vivid example of maintaining one's freedom in the face of might.