Beauty and kindness; war and despair 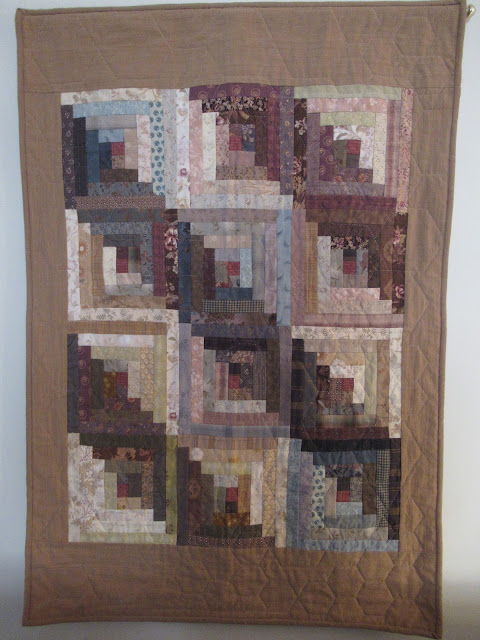 Last night I stood looking out the window at the dusky skyline; Lyra had joined me. The view was quite simple:  the cloudy sky put the naked trees and the row of full evergreens into sharp relief.  Lyra examined my face carefully, his expression changing, as if he were trying to read my mood.  'What's up with Mom?" he seemed to be asking as he turned his head and widened  his eyes.  It was simply this.  That the world was so beautiful, even on a cloudy evening in raw spring; that Russian soldiers had committed atrocities in Bucha. Lyra purred and leaned into me the second I began to pet him.

I'm never sure what we mean this time a year when we say that a day is beautiful.  A careful look reveals that it really isn't.  While we can see the tree buds stretching and plumping every day, the overall effect is that the stark lace of tree branches just looks a little fuller at the top.  There are dirty snowbanks everywhere.  Where our lawns have been revealed, they're a sad green.  But all this is visual.  Our sense of touch is glorying in the warmer days, the softness of air on skin--on our faces, on our hands if we've decided to tough it out without our gloves. The sound of birds has changed as robins come north and add their liquid song to the staccato of sparrows.  If I'm patient, I can smell earth and leaf mold, which I leave on the garden to provide cover to the insects the robins will seek as they return. I can't quite explain it, but the blue sky on a spring day says "Hang in there.  You can do this."  A blue that seems infinite promises that the future is there, waiting for us to join it--though it doesn't give us permission to ignore the fact that this moment is the only one we have right now.

As Russia built up its forces just outside of Ukraine, I still didn't think that Putin would invade--that he would risk starting World War III.  I thought it was male posturing.  Unhappy male posturing.  One thing we need to remember is that Putin is a profoundly unhappy man, an unspeakably rich man who is not satisfied with what he has--riches from a large country that he's not really governing.  He's just taking their riches for himself and other oligarchs.  There is no satisfaction for such an unhappy person. No satisfaction in wealth and land and power because there's always more out there for the taking.  But we also need to admit that such men are unpredictable.

The invasion sent me off for a philosophical talk with my therapist.  Distraught, I simply didn't know how to see the world.  I knew it was an important ethical task for me to witness what was going on.  But what did I do with that knowledge?  If I didn't do anything with it, did I still have to sit quietly with my horror and take in more every day?  The answer was yes, but I didn't know why, though I knew that it had something to do with being honest to history.  But that honesty threatened to erase the beauties of the present moment:  my relationships with Bill and Veronica, wonderful friends, two cats who are the most affectionate and intuitive that I've ever had, and spring on the way. An earth, despite all we've done to her, who just doesn't stop being beautiful.

I imagined the present moment as the scales of justice.  Putin was putting war, destruction, death, the loneliness and disorientation of refugees--and now unnecessary atrocities--in the left-hand pan.  Going to war, I suppose, means that you will kill people.  But it doesn't mean you have to rape, torture, and execute. What could I possibly put on the other side of the scales that would not be dishonest?  The beauty of a spring day, a remarkable marriage, a daughter that's just an astonishing, loving person--how did I teach her that?  Think of that miracle:  that people can teach one another to be loving. Two cats who, from the beginning of the war, know that Mom is troubled and who stay close by?  I was stopped briefly by that:  my cats have  figured out what Putin needs to know: that the meaning in our lives comes from the relationships we build, the care with which we build them, and from our mindful presence here and now.

All that on the other sides of the scales seemed, for all its wonder, inadequate.

And then, I realized I had the wrong metaphor, the wrong paradigm.  In my blogs, I've often included links to the Future Crunch newsletter that comes out of Australia.  The people who create Future Crunch are swimming upstream in the current media environment.* They write about the improvements human beings are making to health around the world, the latest tech wizardry, the creative and disciplined ways we are actually making progress on reducing our emissions and protecting ecosystems like forests and oceans and grasslands.  Each newsletter ends with the story of an everyday person who has made a significant difference in the world. Last fall, Angus Hervey, its director, wrote about "the rope of history" after he gave us two starkly different views of the present moment.  It isn't just horror that makes up the rope of history.  It's also good things we do together and good things we do as individuals.  From time to time the rope of history is dominated by wars and cruelty and hunger.  But the creativity of individuals and cultures working toward progress is always there too.

Right now, it's kind of like looking at spring struggling to unfold.  If we choose, we can see the beauty alongside the grittiness. Spring sunshine lights up the bark of trees and the feathers of sparrows, falls gently on our faces, but it also creates tangles of shadow. Except that spring goes on without us.  It's not the same with humankind.

Rather than understanding my astonishment as dishonest, I have come to see it as necessary.  What happens to that rope when we give in to despair and all the lack of care for others and the planet that follows close on the heels of despair? To keep the rope of history strong during this time, we need to celebrate the beauty and the goodness that threads through each of our lives. We need to realize that our lives matter.  The attention we give to our lives matters.  Every act of kindness and creativity adds another thread to the rope of history.

The quilt above is a hybrid.  The block is distinctly American, and is called a log cabin.  The subtle fabrics are Japanese.

*Whether you agree with how mainstream media covers what's happening in the world--if it bleeds, it leads--thank them, please.  Putin can only get away with this war because he controls Russian media with an iron hand and the threat of jail.