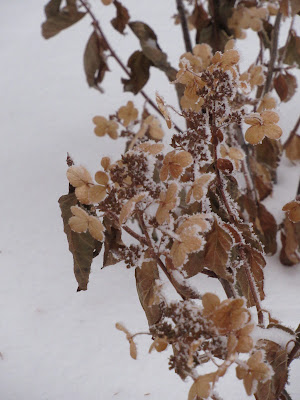 Yesterday morning, I opened my diary to see how I was going to shape this week.  My head is in too many places, so I needed to have a plan for focusing.  I seriously need to rewrite the cover letter and pitch for Soul Weather.  Plus it needs a new name.  I'm worried that publishers and readers are going to expect something religious and it's not that at all. The best I've done so far is Weather for Recreating Home. Can you help me and come up with a briefer, more mellifluous word for "recreating?"  I'm stumped.  At the same time, I'm working on the sixth chapter of The Frosted Bough:  Essays on Minimalism, and I'd hoped to have it done and fairly polished by the end of the year.  This chapter is a biggie:  it's on Thoreau, whose "Simplify! Simplify!" from Walden is probably a rallying cry for most minimalists.  Also, I've got a volume of poems, Appointments with Memory, nearly ready to go, and thought I'd work on those when I hit a wall writing about Thoreau, who is charming and an old fart in turn.  He built his house on Walden Pond in 1845, when he was 28, and finished revising Walden when he was 37, so perhaps it's not surprising that I hear so many voices in its pages.  I knew I would be coming to grief quite regularly, and so thought that working on Appointments with Memory would be a reasonable, welcome, and productive distraction.

So I opened diary, intent on planning a sane week, and read "Blog post on hope."  Who wrote that?  And when?  Well, I obviously did--it's my distinctive handwriting--but which me?  And what on earth did I mean?  Was it the who me was a bit hopeful earlier in November after the midterm elections in the States, wherein we discovered that the average voter does care about democracy and abortion rights, not only inflation?  Voters can think about more than one thing at a time--which is not what pollsters conclude. Is it the one that cheered along with Ukrainians when their army entered Kherson?  Is it the one who got excited when I read that the COP mechanism was actually working?  Even though countries are not punished for not making their targets, most countries are working hard to get there. There seems to be such good will in that collection of people.

Perhaps "hope" was written by the woman who read Krista Tippett's newsletter and learned of biologist Lynn Margulis who argues that life didn't happen on earth because combat was central to creatures' ways of being in the world, but because life cooperated.  We have bacteria happily living in our guts that help break down food and keep our immune system strong.  Trees cooperate with one another via the interconnections of mycorrhizal fungi, who also benefit.  (I know I've told you to read Suzanne Simard's Finding the Mother Tree.  Seriously, do it over the winter solstice if you really want hope.)  Margulis coined the word endosymbiosis, which describes the deep, "radical collaborative creativity" that is at the heart of evolution. Our nature is to cooperate, to work together, not to wage wars.  It's just that wars get more air time. You opened the door for someone today or loaned a cookbook to a friend or just shared cups of coffee to listen to what's challenging her at the moment.  That's cooperation. 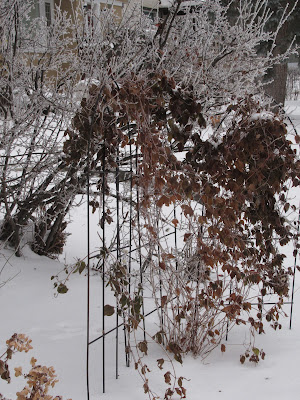 Or is it the me that's listening to Beethoven string quartets while I write, and who has written only one paragraph today?  (I chose Beethoven because his life was so difficult and his music is so joyful:  clearly he had something to teach me.)  It couldn't have been the me who was in such despair about what the Russians did in Kherson before they left--the trauma and rape and torture. Or who remains in despair over the bombing of maternity hospitals and of water and power infrastructure.  By any definition, this situation has changed from one of war to terrorism--or so Russian specialist Anne Applebaum, who writes for Atlantic, argues.  In war you kill soldiers who, one hopes, have signed up and believe in what they are fighting for.  (Now even that is questionable.)  Terrorists kill the innocent. What emptiness lives in the deep empty crevasse at the centre of Putin's heart?

My stats tell me that I've written 381 posts here since I began writing in the fall of 2010.  So I'm beginning to repeat myself but hope you won't mind.  If I'm supposed to be writing about hope today, there are two things I can tell you.

First, beauty. By most measures, we have icky weather in Regina today--a fine, sandy blowing snow that makes roads fairly treacherous.  But if I just look at what this snow does to the landscape, rendering it with the softness of fog, so that the world has been made tenuous, it's beautiful. It's as if the elms have been swathed in something out of one of Mrs Radcliffe's Gothic novels, some fog or muslin or frame of mind.  Clouds seem to hover just above the street.  The world has been--if you will let me use the fancy but precise word--defamiliarized.  So it says "Look!"  That in itself is a gift.  But you also realize that nature regularly gives us gifts, even on the prairies in winter.  What kind of a world do we inhabit if its very fabric is not only cooperation but beauty?

Second, kindness.  It nearly makes me weep to say that the only way I believe I can change the world is to be kind, because (see wars and elections and terrorism, above) it feels so infinitesmal.  But when people react to your unexpected kindness, you have a chance to see that it matters in a way that cannot, like numbers of soldiers, sizes of graves, or tons of bombs, be quantified.  Numbers aren't everything.  (See cooperation, above.)  You're keeping a practice alive every day, asserting that cooperation is infinitely more important than individual wealth or power.  That's saying something.