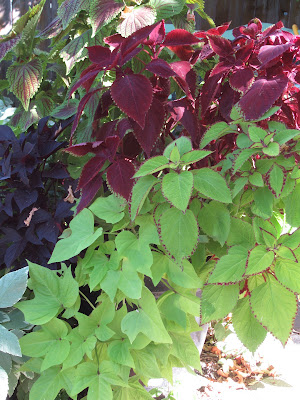 Bill came home from work on a Tuesday in mid-August to declare that he felt like crap.  He hurt everywhere and he was sure he had a fever.  Without a kiss or a hug, he carried everything upstairs to take a Covid test, letting me know fifteen minutes later that it was positive.

I was not panicked—we both had two vaccines and two boosters.  So my first reaction was to go into problem-solving mode.  My father repaired TVs before schematics were common, and my mother sought to be middle-class on a very tight budget, so I come from a family of problem solvers.  A tray table at our bedroom door would house hand sanitizer and paper towels and would give me a place to put his meals before I backed away (masked, of course) and he opened the door.  (I had to stand there until he claimed his meal so the cats wouldn’t eat it first.) His dishes went straight from their tray into the dishwasher and then the tray got washed before it even touched my counter.

Until I got bleach wipes, he could use the sanitizer—the annoying spray kind, which was why I found it under the kitchen sink—and paper towels to erase his presence in the bathroom.  Meanwhile, knowing I couldn’t ask him not to cough or sneeze in the bathroom, I took everything I use out of the room.  Towels, toothbrush, pills.  We have a single bathroom in the house; I would only use it for basics and he would relentlessly sanitize.  Then I made lists of groceries to get the next day, lists that didn’t look that different from those I made at the beginning of the pandemic lockdowns.  Bleach wipes, vitamin C, oranges, orange juice, a bag of lovely rolls and some good cold cuts.  He craved chicken noodle soup.  We had green beans, cherry tomatoes and beefsteak tomatoes coming ripe in the garden, along with just about every herb we’d want.

My second reaction was entirely different.  I had seen life during these two and a half years as a wide river, shallow at the edges, swiftly moving and deep in the middle, flowing through every landscape and language.  All over the world, people had been pulled into that river, some only adrift in its swift current for ten days or two weeks, their heads just above the water while they flailed, until they were strong enough to make their way to the shore.  Some people’s lives had been entirely changed by their immersion, at least for the foreseeable future.  Some were pulled into the middle and drowned, families watching from a distant shore, traumatized and grief-stricken, health care workers helpless and burned out from seeing so much suffering and death, from dedicating themselves to healing others which, in the early days, they had to do with so little knowledge or equipment, with so few drugs.  With the appearance of a pale red line, we were promptly swept to that river’s shore, joining a stream of diverse humanity. The water smelled like hospitals and sanitizer and old people’s residences.  I could feel its slippery humidity on my skin, like something left by a fever.

Bill, I suspected, especially by his second day, when his symptoms were a slight fever, muscles that ached everywhere, exhaustion, lung congestion that he coughed out several times a day, would be plashing at the edge, and I would be walking alongside him, with the odd bowl of chicken soup or a plate of his favourite pork chop dish with mushrooms and oregano-infused tomato sauce.  And noodles.  He was hungry—a good sign.

Perhaps this metaphor verges on drama and cliché, but I can’t find a better one to capture how all of us have oriented our lives, our hopes, our daily habits and decisions and occasional delights by a single…what? What metaphor is large enough to capture how a mass of humanity has been swept up by a single force, like metal filings to an immense magnet?  Because I was not alive during World War II and didn’t experience my mother’s panic about being a lonely single parent, panic that changed her body irremediably, because I didn’t read the newspaper headlines on the day the atomic bomb was dropped on Hiroshima, I can’t find a better one.   That little red line made it impossible not to see—no, it made it imperative that I see how our experience connected us to a world-wide community, how it rendered us all helpless and human and frightened—how so many of us felt the same things (until the exhaustion and the blame started).

But there was also a third reaction.  Parts of life were suddenly irradiated.  The next morning when I watered the vegetable garden, a spider’s web in the corner of my herb planter pulsed with light in the morning breeze.  When I drove home from the grocery store armed with cans of chicken noodle soup and oranges and bleach wipes, the local pump track was thronged with kids, their mothers collected in the small shade of a small tree, talking to one another, petting their calm dogs.  ‘Oh, that’s life,’ I thought. While I was watering the roses, our elderly neighbour walked toward his house with a book under his arm.  He had been to the little library down the street and had found himself a book—lucky man! These small human gestures were beautifully flooded with light.

Yes, I caught it, but all our precautions meant that I didn’t get it until Bill began to feel better.  Mostly I tried to ignore it and keep on reading.  And I’m on the mend.